Chair of VN Council and Chair of the Board

In 1994 he was made Senior Theatre Nurse. He left in 2003 to pursue his interest in zoo and wildlife nursing at the Zoological Society of London. Matthew left the Zoo in April 2017 to look for new challenges within exotic and wildflife nursing.

Matt has experience in the nursing care for many species from ants to elephants (and most things in-between) and has been fortunate to travel as part of his role.

He regularly lectures to veterinary nursing and veterinary surgeon undergraduates at the RVC as part of their core modules on topics such as herpetological husbandry, and some areas of zoo and wildlife diagnostic imaging and anaesthesia. He also lectures extensively on herpetology throughout Europe and America.

Matt has completed a three-year term on the British Veterinary Nursing Association Council, which allowed him to help promote and raise the profile of veterinary nursing in the UK. 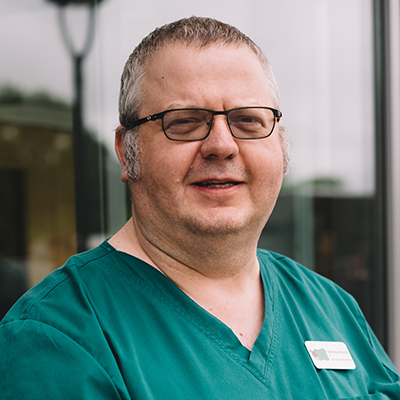