Last week (Wednesday 4 November 2020) RCVS launched a landmark consultation with the professions and the public on recommendations for wholesale reform of the legislative framework of the veterinary professions.

The consultation covers the recommendations set out in the Report of the RCVS Legislation Working Party (LWP), which was approved for consultation by RCVS Council at its June 2020 meeting, plus proposed interim reforms to the disciplinary system that would bring the College closer to regulatory best practice without the need for primary legislation.

The Report’s recommendations have been developed by the LWP over the course of three years, with input from the veterinary nursing profession throughout via  representatives from the British Veterinary Nursing Association (BVNA) and RCVS VN Council.

The working party was set up due to increasing concern that the current legislative basis for the veterinary professions, the Veterinary Surgeons Act 1966 and its various schedules and amendments, is overly burdensome, prescriptive, and therefore no longer fit-for-purpose and that new legislation that better reflects the current circumstances and principles of the vet-led team could be needed.

Particular consideration was given to the relationship between the current legislation and veterinary nurses and how legislative changes might be used to enhance the veterinary nursing role.

The key recommendations of the report include:

Many of the above recommendations would require new primary legislation, and introducing the package as a whole would require a replacement for the Veterinary Surgeons Act 1966.

As well as being consulted on the Legislation Working Party’s Report and proposed recommendations on legislative changes, the profession and public will be asked for their views on three specific proposals on reforming the disciplinary system that do not require primary legislation in order to enact.

These changes were developed by the College separately from, but complementary to, the recommendations made by the LWP, and are designed to bring our disciplinary processes, including those for veterinary nurses, closer to best practice in the short term, where feasible, without having to wait for the primary legislation essential to achieving the LWP recommendations in full.

15 January 2021 update: The consultation has been extended from the previous 27 January deadline, to allow more time for the professions to respond. You can now provide feedback and comment on the recommendations via the online survey until 5pm on Friday, 23 April 2021. 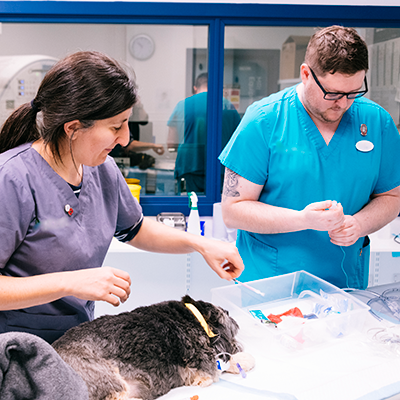